The Power of a Paradigm Shift 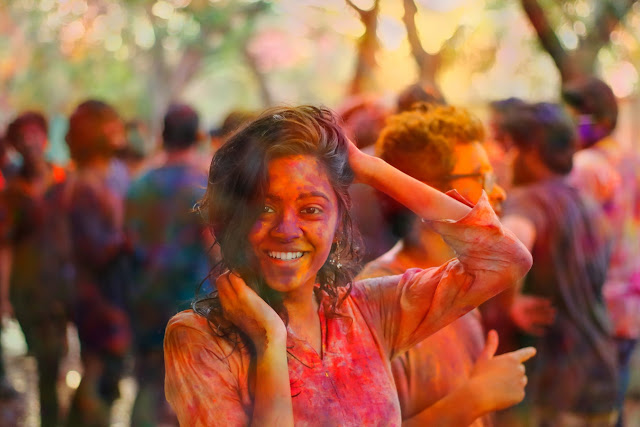 Perhaps the most important insight to be gained from the perception demonstration is in the area of paradigm shifting, what we might call the "Aha!" experience when someone finally "sees" the composite picture in another way. The more bound a person is by the initial perception, the more powerful the "Aha!" experience is. It's as though a light were suddenly turned on inside. The term Paradigm Shift was introduced by Thomas Kuhn in his highly influential landmark book, The Structure of Scientific Revolutions. Kuhn shows how almost every significant breakthrough in the field of scientific endeavor is first a break with tradition, with old ways of thinking, with old paradigms. For Ptolemy, the great Egyptian astronomer, the earth was the center of the universe. But Copernicus created a Paradigm Shift, and a great deal of resistance and persecution as well, by placing the sun at the center. Suddenly, everything took on a different interpretation. The Newtonian model of physics was a clockwork paradigm and is still the basis of modern engineering. But it was partial, incomplete. The scientific world was revolutionized by the Einsteinian paradigm, the relativity paradigm, which had much higher predictive and explanatory value. Until the germ theory was developed, a high percentage of women and children died during childbirth, and one could understand why. In military skirmishes, more men were dying from small wounds and diseases than from the major traumas on the front lines. But as soon as the germ theory was developed, a whole new paradigm, a better, improved way of understanding what was happening made dramatic, significant medical improvement possible. The United States today is the fruit of a Paradigm Shift. The traditional concept of government for centuries had been a monarchy, the divine right of kings. Then a different paradigm was developed -government of the people, by the people, and for the people. And a constitutional democracy was born, unleashing tremendous human energy and 13 ingenuity, and creating a standard of living, of freedom and liberty, of influence and hope unequaled in the history of the world. Not all Paradigm Shifts are in positive directions. As we have observed, the shift from the character ethic to the personality ethic has drawn us away from the very roots that nourish true success and happiness. But whether they shift us in positive or negative directions, whether they are instantaneous or developmental, Paradigm Shifts move us from one way of seeing the world to another. And those shifts create powerful change. Our paradigms, correct or incorrect, are the sources of our attitudes and behaviors, and ultimately our relationships with others. I remember a mini-Paradigm Shift I experienced one Sunday morning on a subway in New York. People were sitting quietly -- some reading newspapers, some lost in thought, some resting with their eyes closed. It was a calm, peaceful scene. Then suddenly, a man and his children entered the subway car. The children were so loud and rambunctious that instantly the whole climate changed. The man sat down next to me and closed his eyes, apparently oblivious to the situation. The children were yelling back and forth, throwing things, and even grabbing people's papers. It was very disturbing. And yet, the man sitting next to me did nothing. It was difficult not to feel irritated. I could not believe that he could be so insensitive to let his children run wild like that and do nothing about it, taking no responsibility at all. It was easy to see that everyone else on the subway felt irritated, too. So finally, with what I felt was unusual patience and restraint, I turned to him and said, "Sir, your children are really disturbing a lot of people. wonder if you couldn't control them a little more?" The man lifted his gaze as if to come to a consciousness of the situation for the first time and said softly, "Oh, you're right. I guess I should do something about it. We just came from the hospital where their mother died about an hour ago. I don't know what to think, and I guess they don't know how to handle it either." Can you imagine what I felt at that moment? My paradigm shifted. Suddenly I saw things differently, I felt differently, I behaved differently. My irritation vanished. I didn't have to worry about controlling my attitude or my behavior; my heart was filled with the man's pain. Feelings of sympathy and compassion flowed freely. "Your wife just died? Oh, I'm so sorry. Can you tell me about it? What can I do to help?" Everything changed in an instant. Many people experience a similar fundamental shift in thinking when they face a lifethreatening crisis and suddenly see their priorities in a different light, or when they suddenly step into a new role, such as that of husband or wife, parent or grandparent, manager or leader. We could spend weeks, months, even years laboring with the personality ethic trying to change our attitudes and behaviors and not even begin to approach the phenomenon of change that occurs spontaneously when we see things differently. It becomes obvious that if we want to make relatively minor changes in our lives, we can perhaps appropriately focus on our attitudes and behaviors. But if we want to make significant, quantum change, we need to work on our basic paradigms. 14 In the words of Thoreau, "For every thousand hacking at the leaves of evil, there is one striking at the root." We can only achieve quantum improvements in our lives as we quit hacking at the leaves of attitude and behavior and get to work on the root, the paradigms from which our attitudes and behaviors flow